I mentioned to Josh a few weeks ago, that it would be nice if someone hosted a race out at Bountiful Lake, and before I knew it he had a facebook event with a date to run an informal race where people just come out and race the loop around the two islands.

Thing is, Josh and Sabrina had a surprise arrival from Porter and he was unable to come since he was in the hospital with Sabrina.  So I helped organize it.

We had 13 people race:  Me, Sarah, Chad, Joelle, Liz, Jake, Sam, Michael, Martie, Jill, Catherine, Esther, and Rachelle.  I was REALLY hoping Wes would show up.  In fact I was counting on it.  It's lame that when we have a race like this and we can't get a really fast swimmer out here.  I can think of about 10 local guys that could easily beat the record.

Kelley showed up and set up the timing equipment and we got that all settled.  Earlier in the day I got a call from Bailey, a Fox13 reporter.  She wanted to meet Joelle and me out there to talk about MIMS.  I was hoping to get some exposure for the GSLOW race, and even for this race.  We answered questions about all of it, but the final result was basically about MIMS.

We started the race about 10 feet from the water's edge, cause to rush into the water from the boat ramp is a little dangerous.  It's not the easiest place to enter the water with all the large boulders.  We started off and I wanted to see if I could break the record I set last spring: 17:22.  I didn't even bother with bilateral breathing. I was in a dead sprint for what felt like the whole swim. 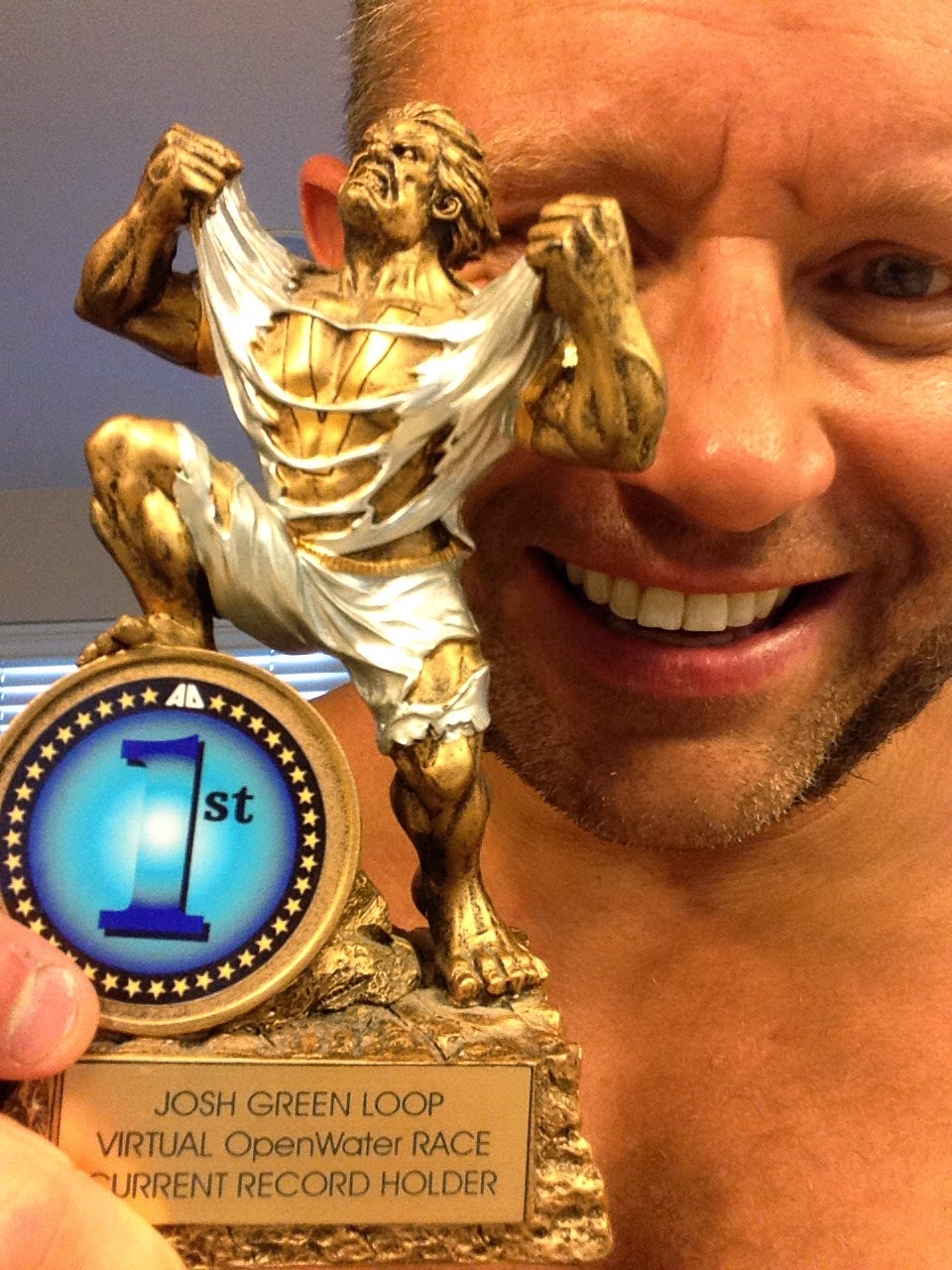 It seemed to take longer to do the lap, just cause I was hurting and wanted it to be over.  My body wasn't achy, I was just pushing it way harder than I like. When I got out, I stopped my watch and Kelley's time confirmed it, I had just broke the record by 20 seconds: 17:02.

Pretty dang cool.  I'd love to get under 17 minutes next time.  Or better yet, get either Will Reeves, James Jonsson, Wes Johnson, Matt Chamberlain, or Dennis Tesch out there to kick my trash. I would gladly hand over the trophy.

When I got out I looked back and there was another swimmer less than 100 yards back.  I assumed it was Sam, but when they got closer, it was Sarah.  What the heck!  I'm thinking she may win first place in the GSLOW race this weekend!  She got 17:55

She jokingly asked about a female trophy.  Well, now that there is actually more than just 2 or 3 people to actually participate in this thing, when I got home I went online and ordered a trophy for the female record holder.  Hoping it gets here before I leave for NYC, so I can hand it over.  Her 3 year old is pretty concerned about her mom's swimming legitimacy without some bling. 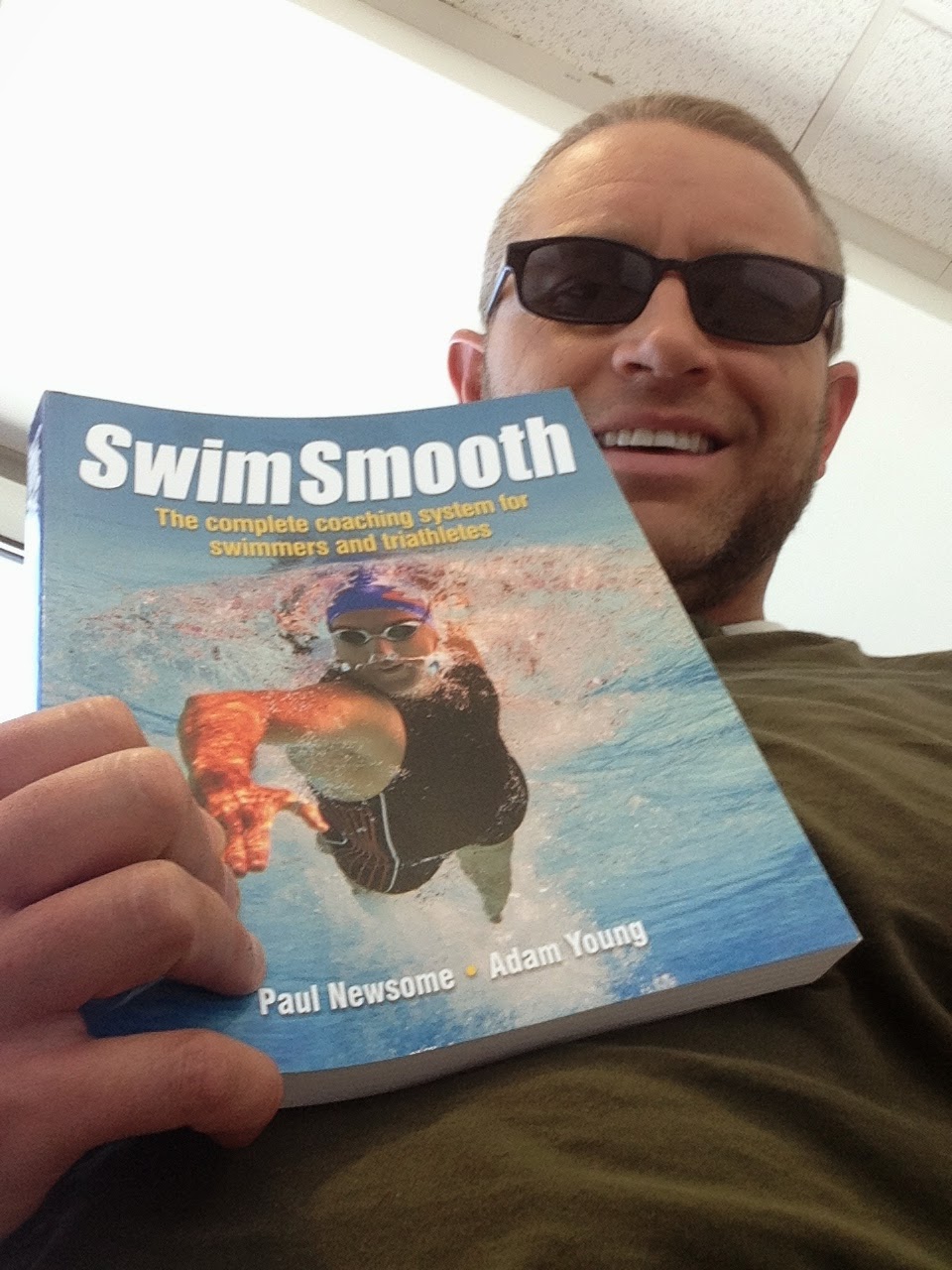 I went to the hospital to pick up something for the race this Saturday and Josh gave me a belated birthday present.  Paul Newsome and Adam Young's Swim Smooth book.  I looked through it. What a treasure of swimming information.  Looking forward to tearing into that awesome resource.

Here's the news story that showed from Fox 13: