This past week was the SLOW swim camp.

On Friday morning we went up to Tony Grove Lake, about a 15 mile drive from the cabin where we stayed.

Chad, Sarah and Lisa were there with their families and we all had a great time.  We swam just one perimeter of the lake which came to about 3/4 mile.  Water temp was 69°F.  Beautiful cliffs and scenery.  We didn't want to swim too much considering we had a big swim set for Saturday very early.

Saturday at midnight we left for Cisco Beach.  I was the designated pilot for the first width and was tasked with showing Chandra how to drive for the second width.  We started the swim at 2:20am.

I thought I did pretty good piloting them, but apparently the map of the course shows otherwise:

I got so sick about 2-3 hours into it.  I was really bothered by the rocking of the boat in the slight breeze.  I started to get a migraine too.  I took three advils and Chandra took over after giving her a brief lesson on how to run the controls.  She did awesome and as you can see near the end of the first length she was able to get them positioned right to the marina which took 4:01:24 according to Chad's garmin.  We took a short break for the crew to use the bathroom and I quickly got greased up for my own crossing.

I felt so much better the last 30 minutes or so when Chandra was able to pilot while I slept.  My headache was gone and I wasn't seasick anymore.  I felt great!  When we started I was a little chilled.  The water temp was 69° and the breeze made it feel a little cooler.  I showed everyone where to sight off, and let Chandra know where to point us all to.

You can see that she did a very good job getting us back in a fairly straight line.  I took a look at Chad stroke on the way back and gave him a little feedback.  He was having some pain in his right shoulder and took some ibuprofen and was then keeping up for a bit.  He was hanging in there but was spent.  Sarah and Lisa and I would swim in spurts swimming ahead and then waiting for Chad to catch up. Thing that sucks about only having one boat is that you all have to stay together.  Apparently Lisa and Sarah had enough and about 1 mile from the finish took off and finished about 10 minutes ahead of Chad and I.  There were some boats in the area and I didn't want to leave Chad by himself while Chandra tried to keep an eye on the now two separate groups.

We finally arrived at the finish at 8:41:57.    All the families were there with the kids playing on the beach and we had some sandwiches while Chad took the kids out on the water in the boat for a fun ride, even though he was exhausted.  The kids had a total blast.

Sarah was very pleased to have made the double crossing after last year's failed attempt.  Richard Droesbeke from the Bear Lake State Park was there to greet us.  I was surprised to see him there.  Apparently the tragedy from earlier in the year had made a mark on him and all the Bear Lake first responders out there and he wanted to be sure we made it in safely.  Felt grateful for the concern.

This was Lisa's second double width.  She's planning a length swim on Labor Day in a few weeks.  She'll do awesome.

Joelle has 5 crossings and is "Queen of the Monster". 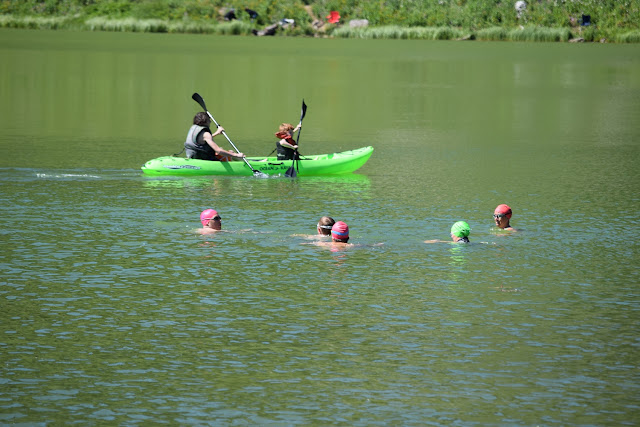 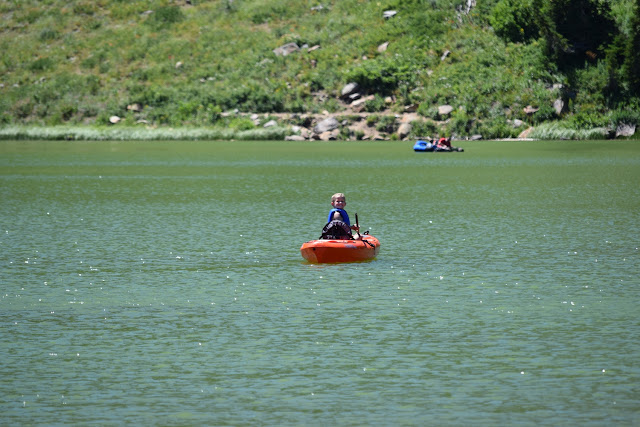 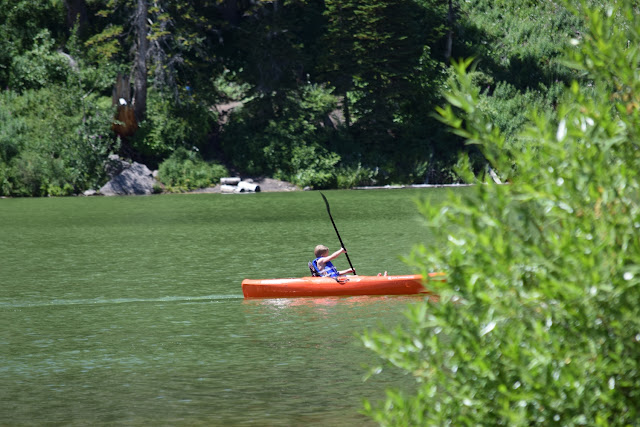 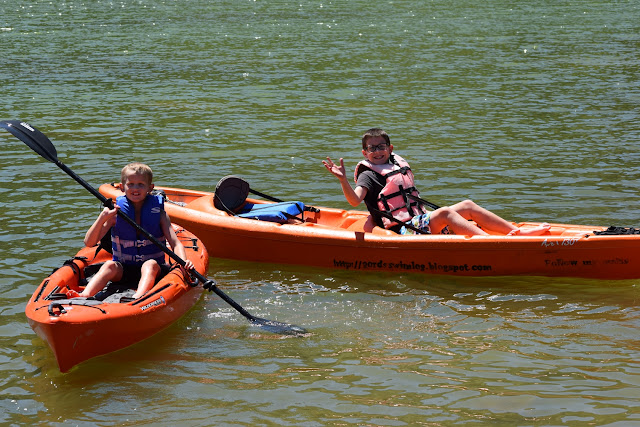 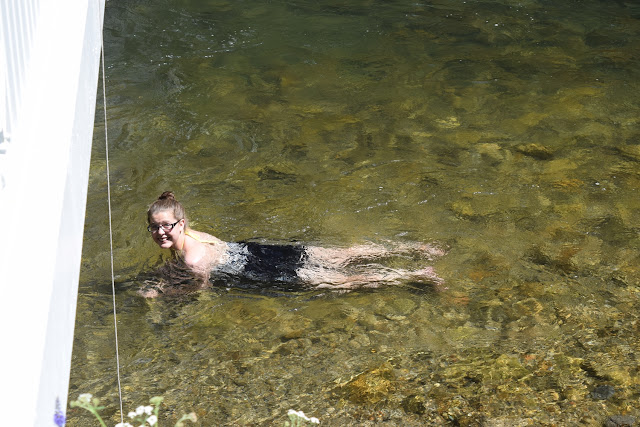 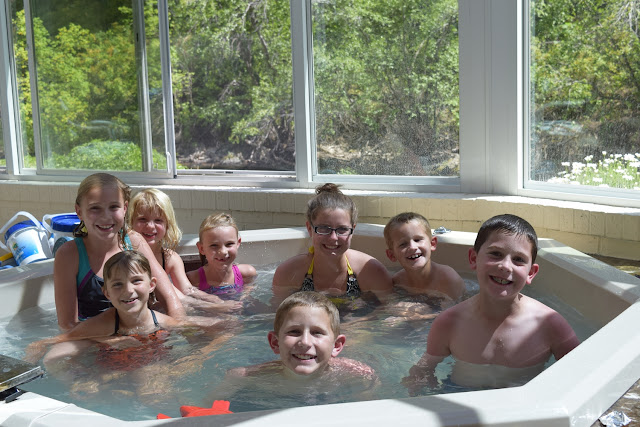 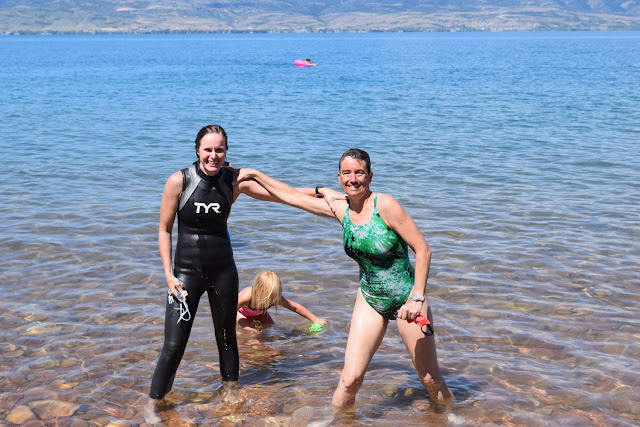 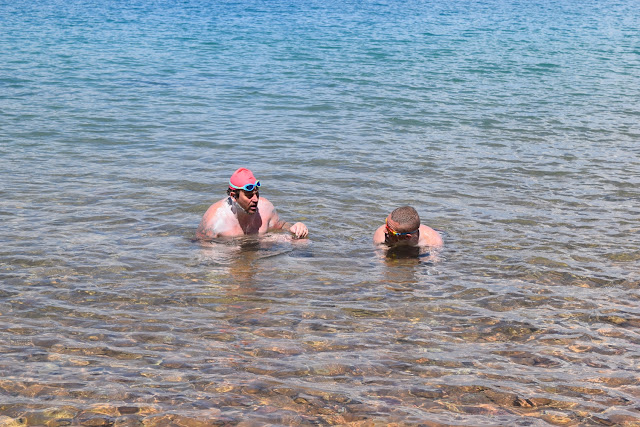 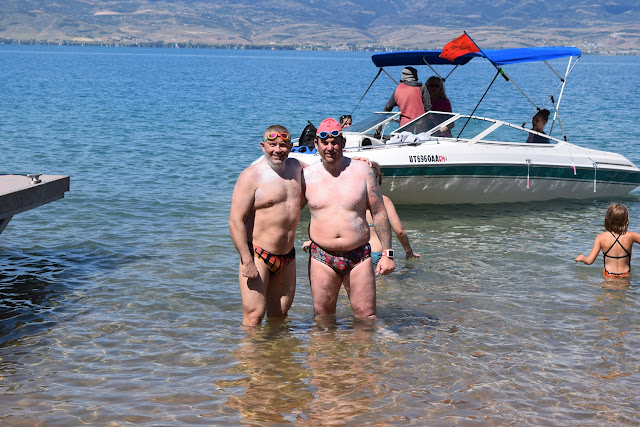 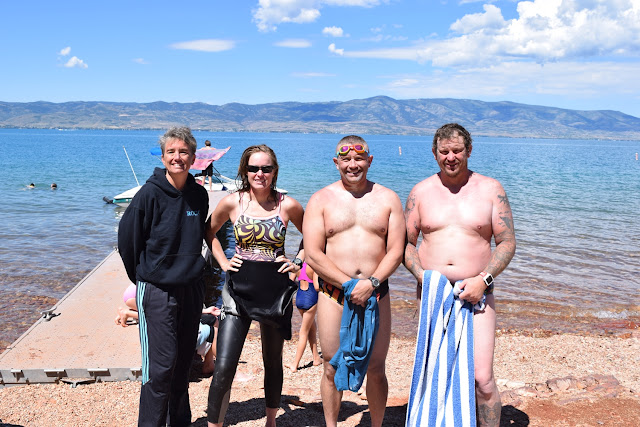 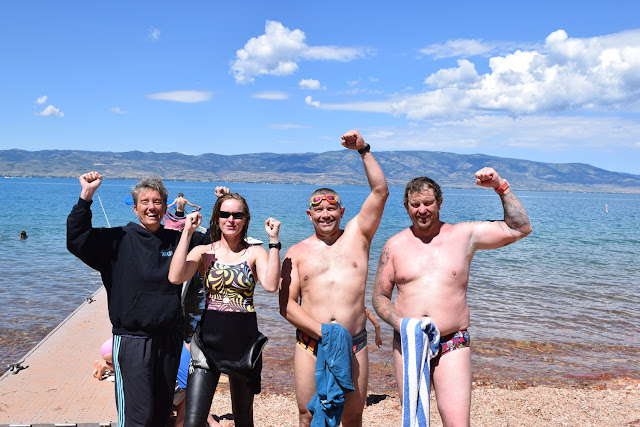 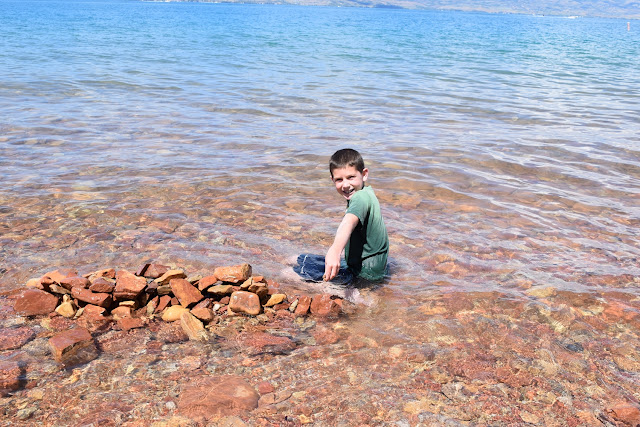 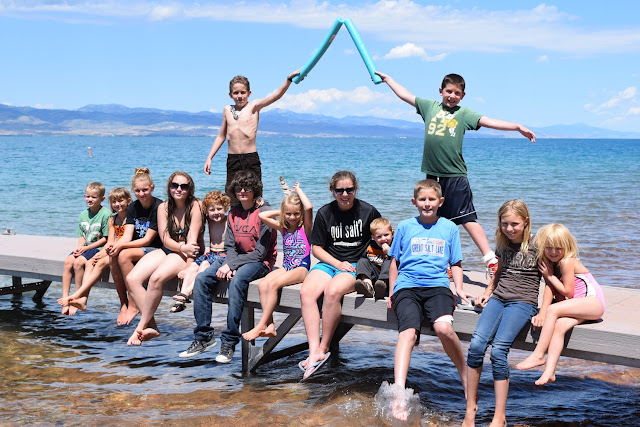 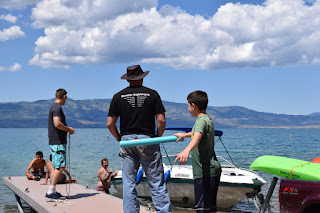