Day before the Bear Lake Monster

This morning I met Chad at the Bear Lake State Marina where we planned to start our own version of the swim the day before.  We started at the beach just north of the marina at a little after 8 am.  The water felt a little cool, but not overwhelmingly so.  After letting my watch adjust, the first reading came to 72 degrees.

Since Chad and I shared the support boat it was agreed that we would swim fairly close to each other.  You wouldn't want to get separated and have issue with other boats out there not seeing you. 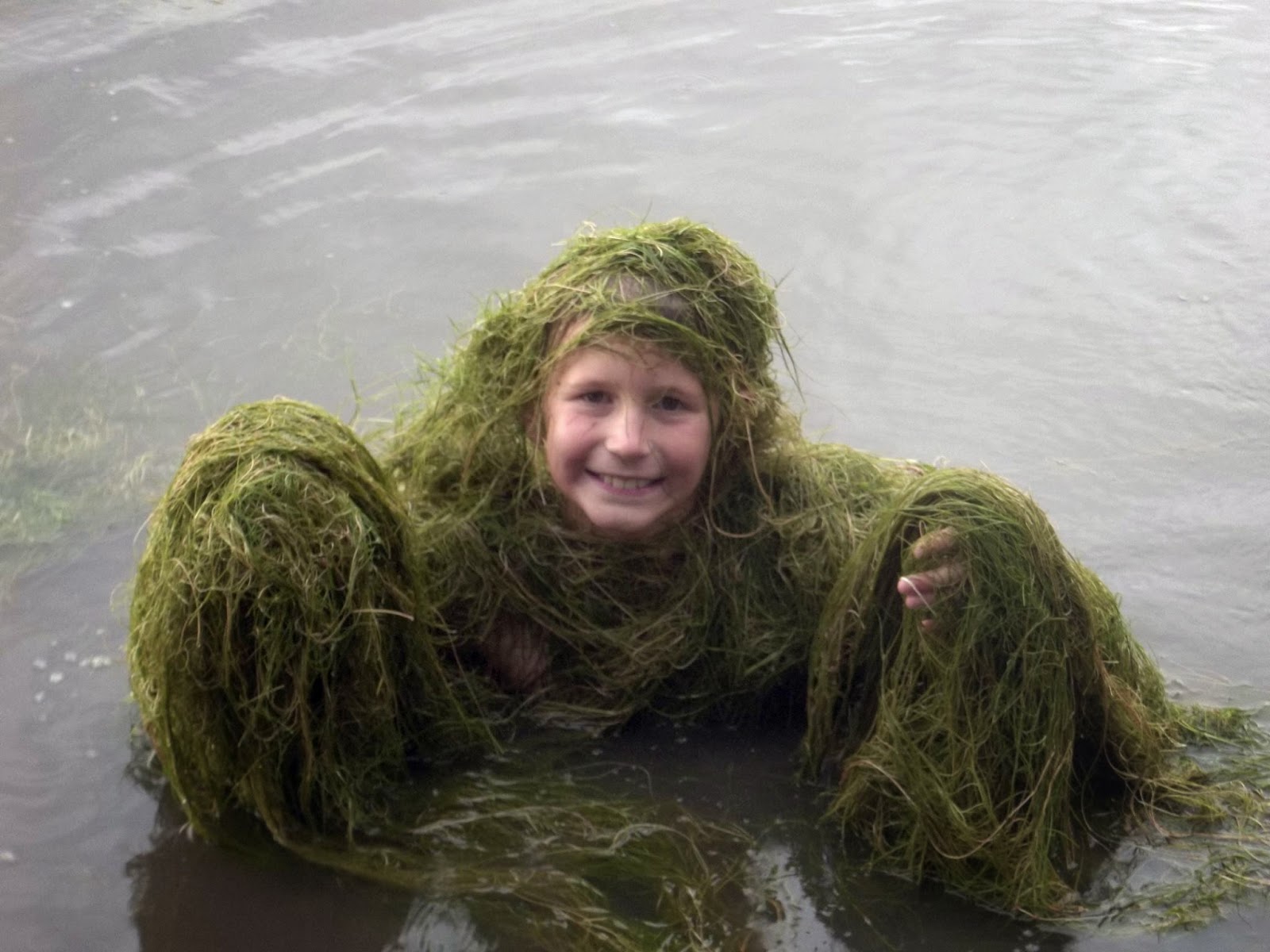 The water was very clear and blue.  Just as I remembered it last time I swam out here.  It was a sensational treat to swim there.  The wind was calm so only a slight ripple here and there.  Occasionally I'd see a clump of dead weeds that would float at the surface and I'd run into it.  Kinda freaky!  Last week at the Low family reunion, Isaac was playing in the pond and started collecting all the seaweeds and piled them up on himself and yelled out to me with a big grin, "Hey Dad!  Look!  I'm the Swamp Thing!" Love that he has no irrational fear of underwater things and how they feel on his skin.  This kind of creeps me out, unless I build my mind up to expect it like with Catalina and the kelp.

Anyway the swim went well and I did a lot of drills, and when I got sick of that did one arm fly, and after that did breast stroke.  I didn't mind the pace.  It was nice feeling not rushed and had all the energy in the world.  Left shoulder was giving me a bit of a fit though.  Nothing terrible, just a little ache.  But concerning given that I have the Deer Creek 10 mile in a month.  Need to get at it, and not keep this slump I've been in.

As we got closer to the other side I saw the small driveway down into Cisco Beach with the toll shed.  Pointed the boat to that direction and we made our way there.  The finish area sure was rocky and difficult to walk on.  I thought of an idea that should make next year's race go better. Some really old carpet that we can put in the water leading the swimmers out.

We did the 7 mile course in 4:11.  And a new PR on most breaststroke I've done in a day.  Don't know how far of it was breaststroke exactly, but I estimate probably a mile.  Man that Capt. Webb dude must have had knees with strong tendons, cause the morning after I felt like Danny Leruso after getting a leg sweep.


Breaststroke is tough on the knees for distance apparently! 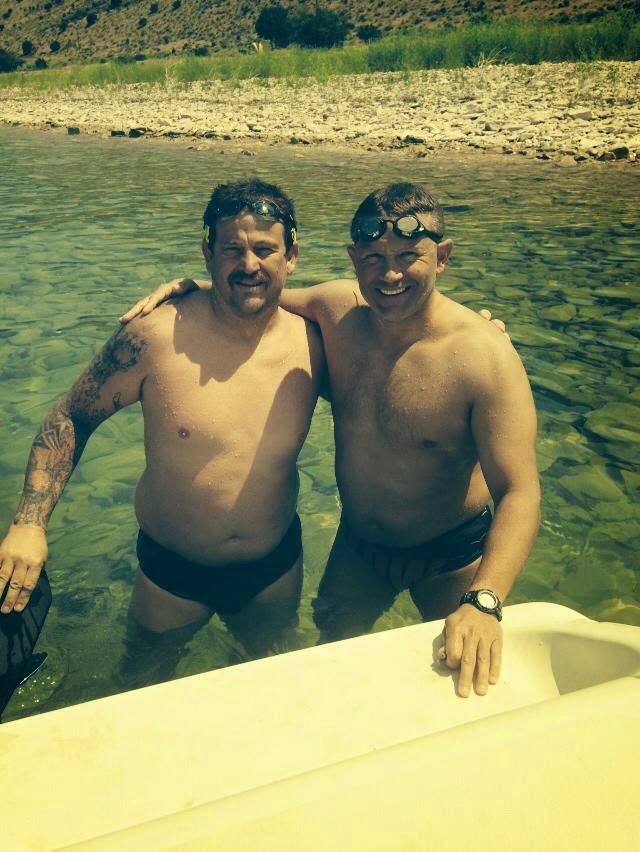 I had a great time and Chad got down on himself a little too much on the pace difference, but it made me realize that if I'm gonna invest in a plane ticket to London next year I need to step it up in supporting him in his training.  I plan to meet with him at least once a week at the pool and give him a workout with video analysis so he can see what he can work on for the most improvement.  Nothing would make me prouder to see him power through some serious waves and keep a strong pace.

Thanks to Chad's friend Ryan and his wife Chandra for the support.  They were great in timing those breaks and getting them out to us.  Another width crossing in the books!
Swam by Gords a little before 23:20